WhatsApp Will No Longer Support These Phones ( Check to Confirm Yours)

The Facebook-owned WhatsApp messenger has set to stop Millions of phones across all operating systems ranging from Android, iPhone or Windows devices from using its service starting from February 1, 2020. 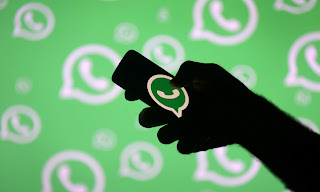 This is not the first time that WhatsApp is disclosing The phasing out support from devices and platforms that do not offer the kind of capability it needs for feature expanding of the WhatsApp.

As you may know that WhatsApp is one of the messenger that always incorporate new features to its App on regular basis, so all smartphones That its capability is too small with respect to the latest features may begin to malfunction or stops working entirely.

There’s a widespread of phones impacted by the announcement, but the users who will most likely be impacted are those with an iPhone running software older than iOS 7.

That means that those with an iPhone 5S and 5C are most likely to be impacted from an Apple standpoint.

Likewise, any Android device which is still running version 2.3.7 will also find themselves impacted, with Windows Phone users the worst hit, as access will completely stop on December 31, 2019

List of Smartphones That will no Longer be Supported

Smartphones that will soon stop supporting WhatsApp include:

WhatsApp said ‘because we no longer actively develop for these operating systems, some features might stop functioning at any time’.

Glo NIN: How to Get 20,000 Naira Free Airtime Bonus to Link Your NIN

Steps to Get Free Stuff on T-Mobile Tuesdays App | 2022