Slow Android Phone – What To Do And How To Fix It

By SiddiqNo Comments5 Mins Read
Facebook Twitter Telegram WhatsApp Pinterest
Share
Facebook Twitter Telegram WhatsApp Pinterest
“Smartphones are now like a portion of our life.” I believe that is not an over statement. Now a days we are so much addicted to mobile devices, often times we got irritated when it begin develope faults, malfunctioning or misbehave.
They so many reasons that can make android phone to start misbehaving and malfunctioning but in this article we only looked at why an android phone freezes or having a slow performance. 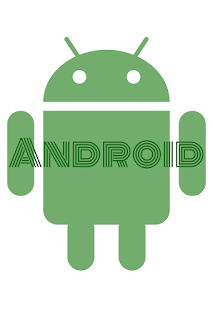 A slow android phone performance can sometimes be frustrating. Somtimes, you just want to smash the device. Well, there are Solutions to that are in this article.

There are some basic common reasons why Android phones become slow. Let’s take a look at them: both the hardware and software issues alike. Having a slow android phone? Here are the causes and what you need to do to fix them.

It is an irrefutable fact that android makes use of all available storage within the device. Which includes ROM (Internal storage), RAM (Memory storage), and SD Card (External storage).

So, insufficient internal storage causes for a slow android phone performance. And when this happens, your phone will start using it’s RAM (secondary storage) or SD Card (external storage). If this occurs, you’re device starts switching between primary and secondary storage runing various programs which results in a drastic slow android phone performance. Therefore you will need to free up space to get rid of that.

To free up internal phone storage and prevent slow android phone performance, do either of the following:

If your phone becomes slow after an update, the manufacturer of your phone is to be blamed for releasing a purely optimized update. If this occurs here’s what to do to fix it:

If the update is acceptable, uninstall it otherwise Perform a factory reset. Sometimes apps and configurations that you’ve done before an update gets messed up. Factory resetting a phone can potentially fix this problem.
Usually, you can’t remove pre-installed apps. The only way to remove these apps it’s by rooting your phone. However, do remember that rooting an android comes with various risks.
Read: How To Root Your Android Phone Using Kingroot App

The RAM, mainly used up by both the OS and application software. Android phones that come with bigger RAM capacity can run more complex software and multiple applications at the same time. Though phone RAM is probably the least component that would make you have a slow android phone. Low phone RAM can actually cause random app crash, laggy app performance, phone fully closes an app running at the background when running another app.

The fastest way to free RAM space your android device is by restarting your phone. Note, that is not the permanent solution because almost all the apps you clear to free RAM space eventually comes back to run after few minutes.

Asides that, you can as well consider using a third-party apps to free up RAM. But the best way to free up RAM is to reduce installed apps by uninstalling the unneeded or less needed ones

Instead you may consider increase the size of your device RAM so as to keep your precious apps. But this is not cheaply.
It should be noted that, Smartphone RAM cannot be downloaded from the Internet to increase your phone’s RAM.

Pre-installed apps that came with the phone tends to Bogart resources and slow down phones. To deal with this problem, you either disable or uninstall them.

Related: Six (6) Popular Apps That Can Harm Your Smartphone

If your Android OS had reached End-of-life (EOL) support, your phone probably will slow down. Android operating systems typically have 18 months of sorry before Google cuts it and release a newer version. For this reason alone, it will gradually slow down any phone that comes with the older Android OS. The everyday apps that we use are being updated to support the latest Android Version. Therefore, the compatibility for older version becomes an issue. If this is the case, your only option is to root your android phone and install custom ROMs.