CHALLANGE: What Do You Think a Phone That is Not Smartphone Called

Virtually we all know what smartphones are as they are the most widely used mobile phone devices in this era.  But those low capacity mobile being used in the earlier time and even present surely has a class name. Find out what is it on this article. 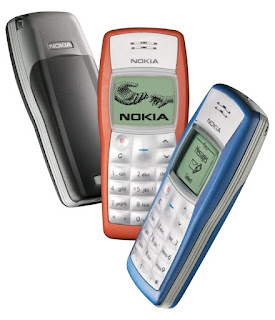 Smartphones are class of mobile phones with multi-purpose mobile computing devices, having a stronger hardware capabilities and extensive mobile operating systems such as Android or iOS which includes web browsing, multimedia functionalities (camera,video or audio) and other core functions.

However, on a contrary to smartphones, there are those phones of earlier generation typically with basic operating system and functionalities such as voice call and text messageging. Just like we identify Android or iPhone mobile phones as smartphones, those phones too has a class of identity.

Most of those mobile phones are button based input phones with a small display. These phones are called Feature Phones or Dumbphones.

Although some feature phones may have some smartphone capabilities depending on extent of functionality such portable media player, and can have digital cameras, GPS navigation, Wi-Fi and internet access. Some may even have app stores containing mobile games and some applications such as calculator or calendars.

Whenever you thought of smartphones the the opposite is a feature phone.

Siddiq is an ICT geek and has been using the internet for over 15 years. He is a professional content creator on Telecom and internet data plans, smartphones freebies and general tech guides.

How to Loop or Repeat Part of Audio File on Android

6 Apps That Can Harm Your Smartphones

How to use Stark VPN Reloaded for Free Internet – All Network

How to Analyze Exchange Rate Data