Have you ever experienced missed alarm on your phone and you want to fix it? Then you are in the right place. 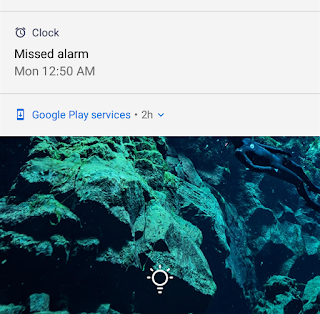 Undoubtedly the most trusted way to wake oneself from slumber at a particular time is to set up an alarm on our mobile device at the desired time we intend to wake up. This in turn sometimes fails in some android phones as the alarm clock tends to display “Missed Alarm” at the time it is supposed to sound up. A missed alarm is very common in Samsung devices like S8 and below.

What is Missed Alarm?
Missed Alarm is simple a situation whereby a set alarm clock fails to ring up due to some technical behavior within the device.
Many Android phone users including myself have eventually come across this scenario of alarm missing. It is indeed very annoying to realize that your alarm clock has been missed.

A missed alarm can cause one to be late for work, school or lecture, missed an appointment, or even break a promise. It can lead someone to lose a job, it can also make one fail to fulfill a task like waking up in the night for any purpose you can think of.

Since we have seen what missed alarm is and its side effect, let’s see what causes it and how to fix it.

How to Fix Missed Alarm 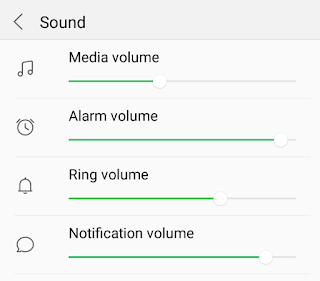 The aim of an alarm is defeated when the volume is zero, at times it even triggers an alarm missing notification.
To make sure that your alarm volume is not set to zero, your device should not be on total silent, and under the alarm setting, increase the volume and enable vibration.

Device software updates use to fix bugs issues available in their previous. Go to Settings on your phone to update to the latest version.

It was believed to be in conjunction with the Spotify app. However, both Apps last year’s latest updates fix such issues for many uses running the basic Google clock app. For some, temporally uninstalling the Spotify app fixes missed alarm for them

Side Note: How to Disable Instant App on Android Phone 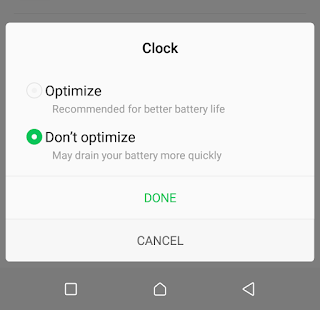 This method is believed to be the best. When your phone is on idle mode(not much task or running app) in the background, it becomes harder for the alarm clock to be triggered if it is under battery optimization. To disable alarm clock optimization for solving missed alarms, follow the chain bellow

Go-to settings >>Battery>> Battery Optimization( from the three dots on the top right) >> all apps (from the drop-down) >> Clock >> Select don’t optimize and done.

Do not use the external music or sounds you have on your phone storage.

5. Use a third-party alarm app

This can be the last option. There are very good clock apps in the play store that can serve as an alarm clock for you.

Side Note: How To Use Your Smartphone as a Computer Mouse

Depending on the type of Android device you are using at least one of the methods mentioned should work for you. Method number 3 is most believed for a better solution provided that your device is not on silent.
Let’s hear which method solves your problem or additional solution in the comment box.
Missed alarm
Share. Facebook Twitter WhatsApp Telegram Pinterest
Previous ArticleHow to Get 10% Glo Airtime Bonus on Every Recharge You Make
Next Article How to Activate MTN 150GB for N15000 Monthly – MTN4ME

CHALLANGE: What Do You Think a Phone That is Not Smartphone Called