6 Apps That Can Harm Your Smartphones

By SiddiqMay 5, 2019Updated:August 17, 2021No Comments7 Mins Read
Share
WhatsApp Facebook Twitter Telegram
The acronym (APK) simply refers to as “Android Package Kit”. It is the package file format used by the Android operating system for distribution and installation of mobile apps.

All android devices needs applications for the user to enjoy the phone to its fullest. Developers have been giving users tons of apps with different functionality ranging from Gaming to Music , also Productivity and Social Media Apps.
According to Statistics, Android users, uses an average of at least five (5) apps daily. 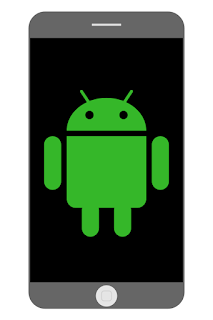 But aside this list of great applications available in the Android Market, they are apps out there that actually do more harm than good to our Mobile devices. Some affects the phones quite noticeably while some affect them slowly that we don’t notice until the phone is completely damaged.

In some cases Anti-virus might be able to detect such harmful apps while some are invincible to anti-virus. In fact, even some of those virus ditectives are viruses on their own. That is to show how malicious those apps are for Android.

We the smartphone users often time neglect the fact that not all apps found in the play or apple store are truly safe to use. The number of downloads, reviews or or stars given to the app doesn’t all the time proves the safety while we have the app installed in our devices.

Alot of apps that we can almost be a 100% sure of being legit and safe can turns out to be damaging the worst. some of such apps doesn’t physically damage our device but can end up airing our vital information.
That is why it is very essential we watch the kind of permission an app is requesting during installation. Imaging a simple torch light or calculator app requesting permission for SMS, internet, these are smart ways hackers actually use to destroy and cause a big damage.

In this article, we offer you a  list of applications that can damage your Android smartphone. Actually some of The unsafe apps for Android, most are popular but are the android apps to avoid.

VPN is actually a set of servers that have been networked together using internet connections.
When people connect to these servers, their internet traffic is routed through them, and once the connection is established, all communications between the server and the user get encrypted.

This in turns tends to pose greater task in the operating system of the smartphone as it run faster, battery drainage becomes 3 times faster than usual, some vpns infects the device with malware, install hidden tracking on the device, steal users private information, leave users data exposed to third parties, as a result the smartphone get compromised.
This phenomenon is very common while using VPNs that provides free internet access.

This might come as a surprise to most android users because this app has over 43 million reviews on Play Store (dont be fooled because some apps pay for good reviews).
Clean Master is an android application that promises to clean your junk files , give your phone more space and increase your speed and performance.
But I really find this app irrelevant because all this features are now pre-installed in most android phones and u don’t need to download mobile cleaner apps. You can clean Cached files by visiting Settings>Apps>Storage>Clear Cache (Its so simple That almost everyone can do it).
Clean Master shows you annoying Ads that consumes precious Data and equally slows down your device by saving such Ads in a hidden folder in Your phone).

Since its launch in 2012, this “battery saver” has gotten massive downloads with over 100 Million downloads from Google Play Store. It promises faster charging and also claims to speed up your phone. Sorry to brake this news to you but the only way to speed charge your phone is if it supports Speed charging and You have a fast charger aside (so no external app can speech charge your phone for real). This App always runs in the background (it is always working even if you are not using it) and so it kills your batter rather than save it (such irony). It also uses your data to load Ads which slows your phone too and also displays annoying lock screen Ads that usually lags your phone when you try unlocking it.
Sincerely all these Battery savers, Phone boosters, and Space Managers are quite useless because all their features are already pre-installed by your phone Manufacturer.

ES-File Explorer was one of the famous explorer app and very resourceful, I usually recommend it to my friends. but in this modern era of sophisticated android phones this app is just another waste of space. It has a beautiful UI but like most of the apps i listed above, it also loads Ads, install bloatware into the device, it can takes users information and sends it out without prior notice which can lead to phone hack and information breach.
If you are looking for a good file manager app, i recommend you use” File Go” it is an app created by Google inc. so its safe and trusted plus no annoying Ads.

UC Browser is one of the most popular browsing apps on an android platform (with Over 500 Million downloads on Play Store) which packs great features like accelerated downloading speed, data saver, page preloader (for faster page loading), good customizable themes and the user interface is good. I have been using UC Browser for years and it has been one of the first application I install whenever i get a new android device, not until i found out it has greater negative impact to my mobile device.

Beside all its great features and high popularity, the app has the ability to read and rewrite users call logs, read contacts, read sms. (it can change all those in formations in the phone without users notice), it also copies users location.

UC Browser has been accused of leaking users private information to third-party companies and it also sells devices information like IMEI, IMSI and other android information to Alibaba unencrypted. With such information of user being leaked, mobile phone can be easily hacked and Informations like social media passwords, credit and debit card details, media files can be stolen by hackers.

Most android users panic once their devices starts lagging and the first thing they mostly do is download a mobile anti-virus to fix the problem. An android OS (Operating System) is quite different from Windows OS (Found in computers). Android devices don’t need anti-virus apps to remove or protect them from viruses. Most of this anti-virus apps just ask for permissions and when granted they have full access to all your phone information from Call logs, Messages, App usage statistics and Personal information and files which they send to other Third-party agencies without your permission.

If you want to avoid lagging, space consumption and over heating of your mobile devices, i advice you to avoid all anti-virus apps because they can’t protect  your devices from real virus attacks.

If you want to protect your device from viruses, just go to Google Play Store and find the Play Protect function, turn it on and your phone would be protected by Google itself.
You might have gotten too attached to most of your apps but remember that the health of your phone is more important than any app, so if you find such apps harming your phone i advice you to uninstall them to protect your phone.
Have a great android experience free from malware.

Siddiq is an ICT geek and has been using the internet for over 15 years. He is a professional content creator on Telecom and internet data plans, smartphones freebies and general tech guides.

Steps to Get Free Stuff on T-Mobile Tuesdays App | 2022

How to use Stark VPN Reloaded for Free Internet – All Network

How to Analyze Exchange Rate Data